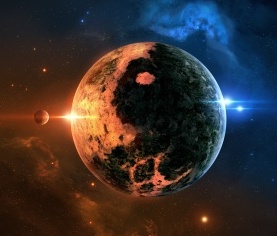 How to start this? Oh.., people; we’re funny little machinations aren’t we? When at the behest of my brother to start a blog I pondered on what it would involve and finally came to the conclusion that it must be the thoughts that I have while in the car. Now bear in mind I’m in the car quite abit and while there the usual techniques of distracting yourself from realizing that youre stuck in the car have well worn off after about three or four hours. So when twiddling the dial through the eighties, oldies, rock and the obligatory talk stations (for that political fix) wears thin, you must seek new ways to prevent the onset of dementia. Now listen to what I’m going to say because I’d be safe to bet that 70% of my waking time has been spent inside the small confines of a car for the past five or six years and I’ve yet to snap so its kosher for you to assume that I’ve got this down to a science. For those of you that might also bear the burden of holding a temporary occupation which binds you in the cockpit of our modern plastic automobiles which race across our roads and freeways at high speeds while texting and talking or twittering, you will know where I am singing from.

At first you try music. You go through every C.D. you have and burn yourself out on what you use to think were just the greatest albums ever! So then you expand beyond your outdated C.D. album and switch to an i-thing or an mp3. You shake your fist to the heavens as you realize you are no longer limited to the space available in your C.D. album, but now have entered the limitless realm of new music available via the internet. You revel as you fill every megabyte your device can hold with fresh, new, diverse vibrations of sound to please your ears and ease your “I’m in a car, I’m in a car, I’m in a car” inner voice that’s just waiting to snatch the wheel hard left and just end all of this. It works. For a while. Then you are forced to programming your music to play in shuffle so to spice things up and distract you from the realization that you actually have listened to all four hundred and fifty tracks you just put in there that weekend. When the digital treasure trove of all your greatest hits and guilty pleasures loses its touch you move on to talk radio. Politics mainly. This is fresh. This is new. This will keep me from my seemingly inevitable journey towards sensory deprivation and human isolation ending in a snap of the mind. Soon you find yourself in a storm of left verses right, democrat versus republican, shifty senators and corrupt congressman and you need to pick a side. To do that though, you must organize your beliefs. You must decide if what you think is right lines up with what the people on the radio dial are saying and if it does then you must be on their side be it right or be it left be it democrat or be it republican. This leads to an internal audit of your morals and beliefs. It demands that you bring to the forefront of your mind those issues you have slothfully buried in the caverns of your memory. You must examine them, you must inspect them, you must put them to the test. When this is done you determine that you are in right, that your positions are correct and you are on the side of good. The people on the radio are outraged at what you also find outrageous. The people on the radio are empathetic towards that which you empathize with. Your side has been determined. You are now either soda A or soda B. You acquire the attuning bumper stickers and read the suggested books and feel as if you have found contentment in that you are involved in the world of talk radio. This state stretches on for some time and for a time it is good.

As months pass, perhaps for some even years, there is contentment within the car. The concrete path doesn’t seem as monotonous, the green blurring of the trees to the side doesn’t seem as repetitive and you believe you have found peace. Then comes grind time. Then comes the elections for president and a new curtain of deception is pulled back leaving you in the sucking void of square one. What you have listened to for some time from the people on the radio are your core beliefs, your sacred morals, your precious virtues. They said they held the same. They spoke as if they were on your side, yet now, at a turning point in your civilizations history where it can either go the way of Greece and Rome or slam the brakes on its race to destruction and once again hold the glory you were raised being told it once had; the people on the radio perform a Harry Kerry and attack the very principles they claimed they held dear and blow away an opportunity for your side to finally win.

You were deceived. The people on the radio were not your friend. Their polished televersion delivery of the same material echoed back at you in the confines of your home. It was a sham, the people on the radio were a sham, and the whole system is now an obvious sham. Your state of zen is no more and like a prisoner returning to solitary confinement after having seen the light of day for a brief moment you find yourself lost. There is no more music, there are no more podcasts, you refuse to listen to the people talking in the radio and it soon dawns on you that you are alone with your thoughts. When this occurs you feel a little uneasy at first, like a baby fumbling to walk its first steps. Early thoughts are simplistic. Not of much lasting value but amusing enough to build more upon. You decide to ride this new wave and see where it goes only to realize that the more seas it rolls upon the more there are to roll along. Like intertwining and evolving universes of possibility within the spectrum of your two ears; you have found an endless fountain of stimulation within your own mind. Your thoughts carry you in their arms and gently deliver you into the arms of others and you become aware of how previously unaware you were before. It is at this point that your inward powers of new perception can also reflect outward in the observation of others which hopefully you understand is key. For it is in the observation of those around us that we better understand ourselves and in questioning the world around us that we come closer to contacting the world within.

Then it occurs to you’ve that you’ve finally gone and done it. You’ve finally gone insane because you can never look at the world the same again. You can never look at the world the way that most people do who keep their ears plugged with i-things and their stares to their palmed smart devices tap, tap, tapping a twitter text. You can no longer soak into ignorance as the majority around you do who stay so ‘jacked’ into whatever it is they choose to ‘jack’ into leaving no time in the day to simply sit quietly and explore the inner realms of their own mind. Is that not what insanity is? Perceiving reality in a way that challenges the majority? Ultimately you decide that it is this inner struggle to understand the inner self that pushes the perception of the outer world. Zen achieved whilst in the car.

Of course that’s just what I was thinking today. In all seriousness though I do find it interesting that in our fast paced world which only seems to be getting faster that the only real time most of us have alone with our thoughts is or could potentially be while stuck in the car. Most people don’t spend as much time in them as say someone like me so none of the above really moved them one way or the other, but if you stop and think about it you know it makes sense. We should take more time to stop, evaluate who we are and what we believe and truth be told how we treat other people. I suppose you could think about those who sought enlightenment in centuries past and see that all went out to be alone in order to do so, for how can the light within be found if it is sought on the out? Perhaps we cannot scale a high mountain to pray, find a dark cave to meditate or spend countless months beneath a tree waiting for self realization to hit us in the face all on its own but in our high tech world we can seal ourselves within the car and use its isolatory abilities to dive in our minds.

To summarize I suppose what I mean is that when you begin to really explore your own mind and question the things you believe, when you begin to examine your interaction with others and take note of causes your actions lead to for them it becomes both liberating and to a point binding. You are you yet you live in this world with all these other people and the diversity in others is limitless. One might be compelled to feel a little lost in the sea but if you fix yourself on a spot and head in that direction soon you’ll see that this whole thing is going somewhere and youre in it, there’s no way out and it would behoove you to try and make some sense of it. At the least try to amalgamate the patterns others seem to live by into a reasonable comprehension so that few waves as possible splash you in the face on your journey to just over the horizon on a spherical planet. If there is a cause and effect principle pushing us somewhere then it would make sense, to me anyway, to discover the causality having daily effects on one’s own self and in order to do that you must study others. Individually if you wish but more effectively by people groups for most individuals tend to give into that.

So how to end this? Oh,…people; we’re funny little machinations aren’t we? Knowing this I could think of no better topic to blog about that the curious art of examining oneself by examining the culture, age and society one happens to find themselves existing in. That being said I’m sure you know what to expect from this particular voice on a figuratively regular basis. Be well.